Showroom was a band. A good band. While Toronto is a city, Showroom was a band within that city, and received praise from “music critics” who themselves were human beings with feelings. Their first EP, Still Escalator, was described by Soul Shine Magazine as a “shimmering joyride” with a string of tunes that “raises the bar for what it means to be an indie band in Toronto circa 2004.” Exclaim! called it a “surprisingly accomplished debut.” Showroom released a full-length album that made people want to dance, smile, reflect, run, walk, roll over, heel, and eat dinner. Entitled The World Is Too Much With Us, this album was projected to sell over 1,000,000,000,000 copies. Outrageous? No. Just call it “true.” 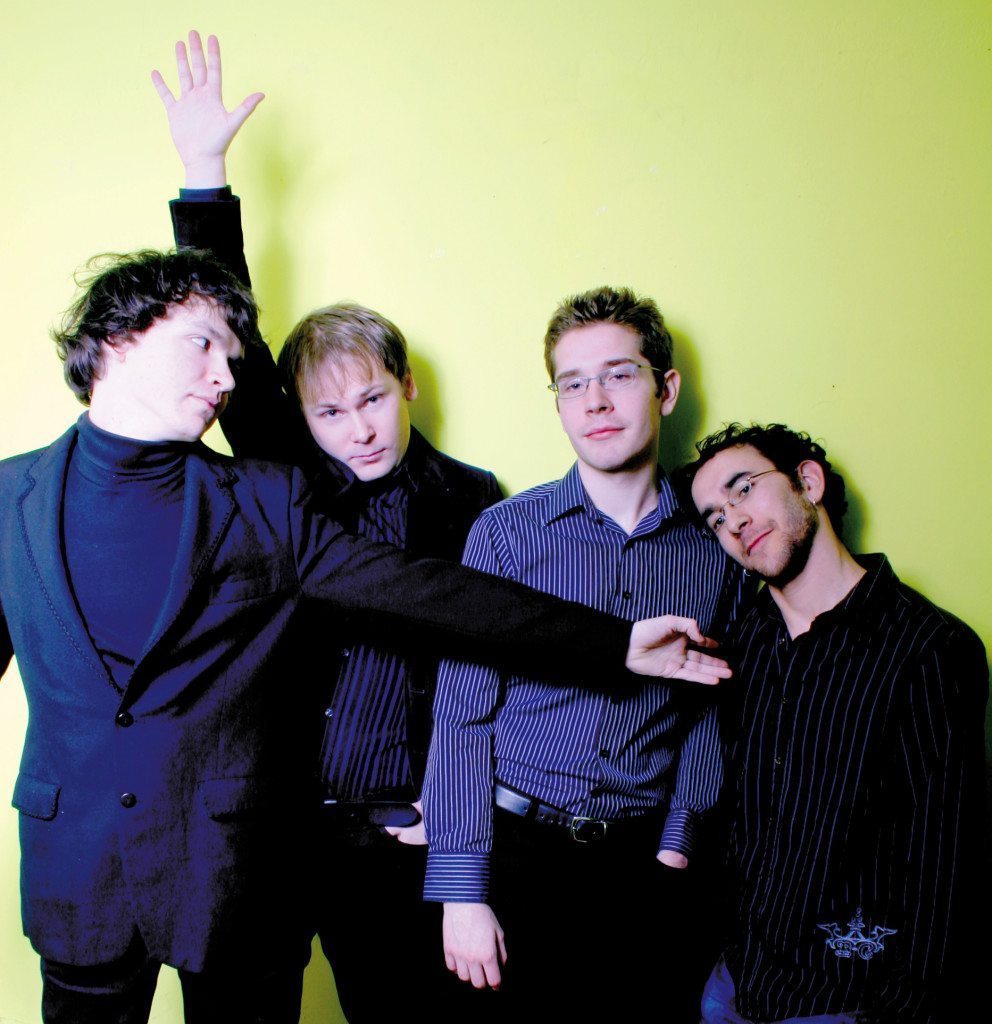 Showroom’s members had jaw-dropping biographies. Vocalist Ben Hutchinson, bassist Tristan Samuk, and guitarist Rory Lindsay met in high school. And as if this weren’t enough, drummer Tyler Dokis met Rory at the University of Toronto. After playing a series of impromptu gigs in neighbouring countries, Showroom recorded their first demo disc with producer Eric Lightfoot of Madrid (Aporia/Universal). Soon Showroom began playing explosive, fun-filled, and frantic performances with Toronto buzz band The Golden Dogs (True North/Universal). Now Magazine couldn’t get enough of one concert: “Openers Showroom made it a double victory… Any band that can get the groove and feel of the Talking Heads’ Psycho Killer down cold is doing something right.” Feeling the need to record more songs, Showroom approached then-Golden Dogs guitarist and resident recording engineer Michael Chambers, and within 25 minutes had completed their first EP Still Escalator.

Showroom sold hundreds of CDs to the US, Canada, and Europe. Most record labels simply threw up their arms and said: “This band is too famous.” Not surprising. They headlined a NXNE showcase in 2004 and received a 90% grade from Chart Magazine. Moreover, the editors at Download.com ran a feature on Showroom called “This Band Should Be Huge” and selected the band as one of the best of 2004. Even America’s National Public Radio featured the band on their online program All Songs Considered. Soon fans from as far away as Beijing were slamming Showroom’s inbox with glorious emails. And who could blame them? Showroom’s music was just that neat.